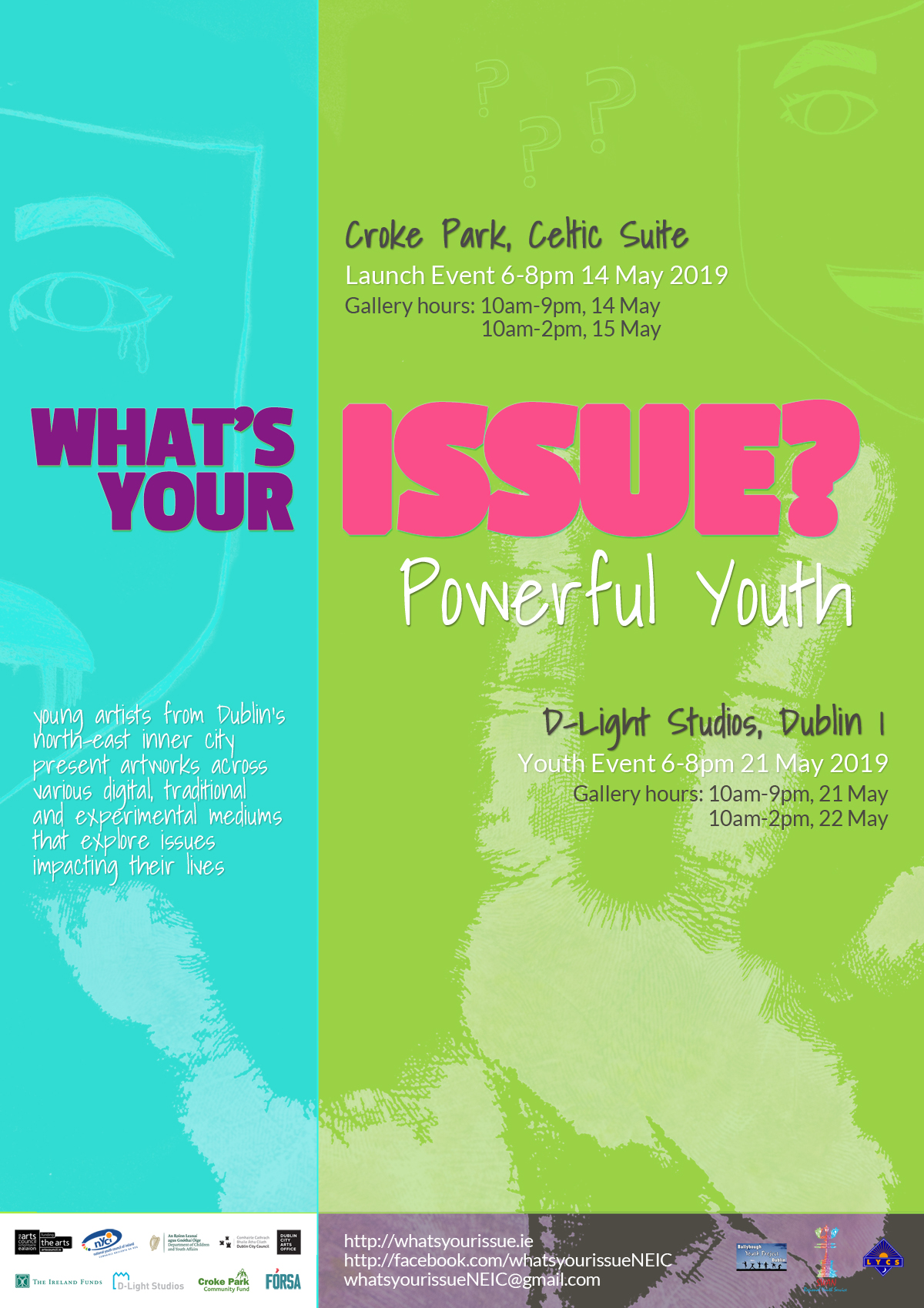 Welcome to What's Your Issue?

The What's Your Issue? programme is built on creative collaboration between young people, youth workers and artists. Participating young artists explore issues relevant to them and are supported to develop skills in art mediums of their choice. They develop their capacities for critical reflection alongside various media and arts skills to conceptualise, shape and share their ideas about issues impacting their lives.

What's Your Issue? was originally developed in 2017 out of discussions facilitated by the Arts, Culture and Heritage Sub-Group as part of the NEIC Community Coalition meetings at the end of 2016. The project sprang out of discussions with Terry Fagan during the Arts Culture and Heritage Strategy Subgroup meetings; part of the NEICCC at the end of 2016. The programme was initiated by artist Katherine Sankey and Swan Youth Service. 2017 marked the first year of this initiative, with a subsequent edition in 2019. We further look forward to collaborating with more NEIC youth services in the future.

In 2017 the group named itself 'Colourful Youth'. View a catalogue of their work.

In 2019 the group named itself 'Powerful Youth'. View a catalogue of their work.